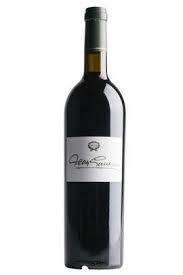 Quite simply one of the best and most respected winemakers in all of Bordeaux, Jean Gautreau has been creating some of the world’s finest wines at Chateau Sociando-Mallet in Haut-Médoc for nearly a half- century.

In 1995, Jean decided to create a new wine. So, together with his daughter, Sylvie, and his cellar master, he began selecting the best barrels from Sociando-Mallet each year, blending them and putting them into special bottles that carry his name. While Cuvée Jean Gautreau contains more Cabernet Sauvignon, it is a wine intended to be on par with the Sociando-Mallet wines, and at the same time, express a different style of the property and the terroir.

While he never intended to make his namesake wine available to the public during his lifetime — he planned it as a legacy for Sylvie — Jean changed his mind in 2013 and started by releasing 12 vintages, created between 1995 and 2006. - Importer