If Mario Incisa, creator of Sassicaia, was inspired by his great-uncle Leopoldo Incisa della Rocchetta, then his son Nicolò, director of Tenuta San Guido since forty years, has been motivated by Guidalberto della Gherardesca his great great great grandfather. 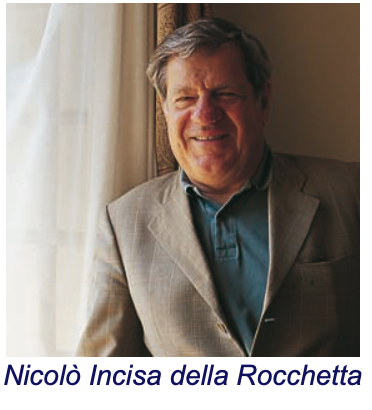 The latter, who lived in the early nineteenth century in Bolgheri was a pioneer of modern agriculture, and is famous for having planted the cypress alley that inspired the poet Giosuè Carducci.

Nicolò Incisa explains thus the choice of the name and creation of new wine in 2000:

"The wine was created for two reasons:

first of all, the desire to see what we could accomplish with Merlot, a grape that we had never used before; second, the desire to offer the consumer a wine which could be appreciated at a younger age compared to our veteran Sassicaia”.

Type of soils: various morphological and composite characteristics with a strong presence of limestone areas rich in galestro, pebbles and partially clay; they are located at an altitude between 100 and 300 meters above sea level, with exposure to South / South-West.

Climatic trend and characteristics of the vintage: A rather mild autumn, with temperatures often above seasonal average and with sporadic rains, was followed by a remarkably harsh winter. From the end of February, the freezing winds from Siberia (Buran) have made the mercury column collapse well below zero. It snowed twice in the Bolgheri area. A situation that has not occurred for many years, with daytime and nighttime temperatures that stayed for several weeks between -2 and -5 ° C. This helped to extend the vegetative standstill of the plants, helping the natural elimination of vine parasites but also feeding the water reserves of the subsoil. During the first week of March the temperatures rose slightly accompanied by substantial rains. Immediately after, another cold period with temperatures below the seasonal average and frequent rains delayed the budding of the vines.

Spring begun around mid-April with the arrival of beautiful warmer days. For about 15-20 days the temperatures were above usual. The conditions went back to normal during the first ten days of May. The vegetation of the plants was excellent thanks to the favorable conditions such as a good water reserve in the soil and favorable temperatures. During the months of May and June the climate was characterized by sporadic rains alternating with beautiful sunny days. This required greater presence of manpower in the vineyards, but was at the same time clearly favorable for the viticulture. The plants were able to complete the phases of flowering and fruit setting under the best conditions.

July was again very hot with the absence of rains and poor ventilation, resulting in temperatures above the average trend, both day and night. This situation continued until the beginning of August. At that point an Atlantic perturbation brought the situation again back to normal. Sporadic rains in mid-August avoided any risk of water stress and gave new vigor to the plants. From August 20th, temperatures rose again but remained well below the seasonal average. For this reason, there has been a marked slowdown in the phenolic ripening of the grapes causing some sporadic cases of millerandage, especially with the Merlot. On the other hand, this weather condition has allowed a longer hanging time of the grapes, especially for Merlot.

Harvest: Manual harvest that began with the Merlot in the first days of September (about 10 days later than usual) and continued with the Cabernet Sauvignon from mid-September to the first week of October.

Winemaking notes: Manual sorting and careful selection of the bunches and grapes on a sorting table. Soft pressing and destemming of the bunches to avoid breakage of the berries and excessive release of tannins. Alcoholic fermentation in stainless steel tanks at controlled temperature maintained around 26-28 ° C, without any addition of external yeasts. The maceration of this vintage was about 10-13 days for the grapes of for Merlot and 13-16 days for Cabernet Sauvignon grapes, with frequent pumping overs and délestages to obtain more balanced musts and favor the aromatic extraction. Malolactic fermentation in stainless steel vats began in the first days of November.

Aging: Following the malolactic fermentation, the musts we transferred to French (and to a small extent American) barriques for a period of 15 months.